FYI :Please read my last post about the great Sphinx of Egypt, a statue with a head of a person and the body of a reclined lion for better understanding of this post.

Now, every high school student must have read the so called classical Greek play known as “The Tragedy of Oedepus” by Sophocles.

Written around 400 BC, the author tells a tragic story about Oedepus, the Prince who accidentally killed his father and married his mother.

Oedepus was cursed from birth. The Greek oracle ordered his parents to get rid of him or prepare for the obomination.

The Child survived execution and was adopted by another royal family in a distant land . But as the oracle prophesied, Oedepus didn’t escape his destiny.

What’s interesting in this story is the setting of the play in THEBES, an ancient Egyptian city and the description of the Sphinx as a monster with a lion’s body and the head and of a woman.

It must be pointed out here that Thebes was the Greek vocalization of an Egyptian city of Waset. It was a city of great temples and Sphinxes adored by every visitor including Greek students.

The Story of Oedepus Clearly shows how Greeks borrowed, plagiarized and distorted elements of Egyptian art, symbolism and philosophy.

When we analyze how non-Africans described this statue (of half human half lion) it helps us to understand their curiosity and misinterpretation of its spiritual meaning:

What would happened if African students knew that Greeks poorly plagiarized their ancestors? 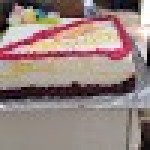 Posted by patrickssali - March 28, 2020 0
BY sekou kelleh In the wake of COVID-19 pandemic, all eyes on Sub-Saharan or black Africa as the United Nations…

Every Entrepreneur will have to secure their place in the post-lockdown period to keep in business:

Posted by patrickssali - April 19, 2020 0
By: Alexander KyokwijukaAs economies struggle to recover from this crisis, Entrepreneurs and/or Businesses are likely to struggle even more, especially…

Posted by patrickssali - April 23, 2020 0
By Ashleigh Atwell    Two Georgia teens claim their lives have been ruined since they were expelled from their high school for…

Posted by patrickssali - April 24, 2020 0
An Egyptian-Spanish archaeological mission has unearthed an ancient wooden sarcophagus in Egypt’s Luxor province, the Ministry of Tourism and Antiquities…

Posted by patrickssali - January 28, 2020 0
Western Uganda – The State Minister for works and transport Joy Kabatsi and other officials are on spot over misrepresenting…